Just the  sort of thing to make your heart sink a little, this story has made a splash. 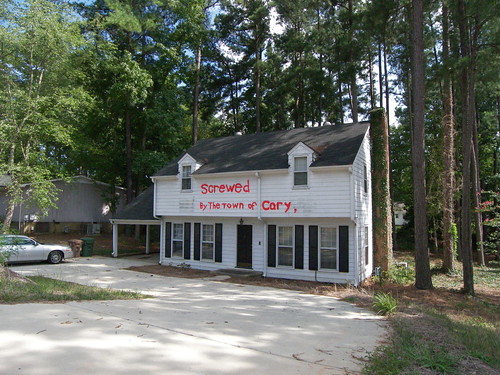 WRAL chimed in, too.

The property certainly has been compromised by the road widening.

The road widening has been well-publicized for years.

The home value has been diminished well more than the $5300 the Town of Cary gave the homeowner.  The driveway alone is a deal-breaker for many buyers, let alone the fact that it accesses a 5 lane boulevard, SW Maynard Road.

And this homeowner is not the only one to have a drastic alteration to the driveway. Other drives resemble ski slopes, too. 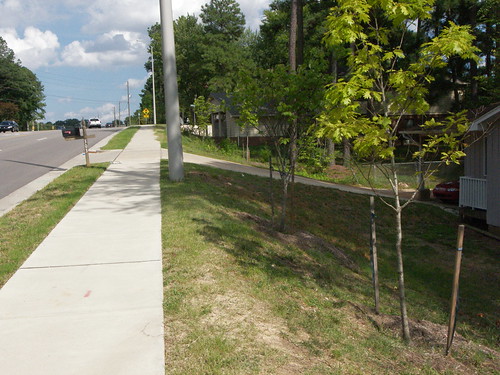 The right thing for the town to do?

I don’t know.  The guy probably deserves more than he has already received.  And $500/day threats over a stupid sign seem a little heavy-handed.

Alas, I also see that the general tone of comments on the N&O page are good reason to have standards and moderated comments, rather than providing a bathroom wall for people to scratch inanities into.

1 thought on ““Screwed by the Town of Cary””